How Are We Doing 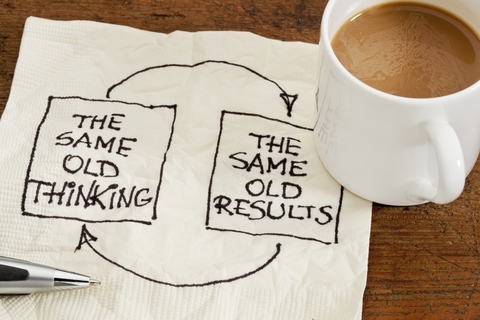 On behalf of the entire staff at Grant, I want to wish you all a Happy New Year.  I hope that your holiday break was great and that you were able to take advantage of the time by spending it together as a family.

With the New Year, it is only natural to do some reflection and come up with some resolutions that will tackle things that we want to change about ourselves in 2016.  If you know me, I am all about improvement and being better but my own life experiences have led me to believe that the whole New Year’s resolution thing may not be the best way to go about making lasting changes.

Instead of a resolution that focuses on the behavior, let’s take a look at the mindset behind the behavior.  What do I mean by mindset?  Consider the following famous examples:

What do we see in the lives of these two legendary athletes that made them so exceptional?  Clearly, early on they would never be described as “naturals”.  The difference was that they had what researchers are calling a “growth mindset”.  The growth mindset sees talent, learning, and potential as unlimited.  Through challenge and struggle, individuals with a growth mindset believe that they can learn new things, develop talent and skills, and change.

On the other hand, there are individuals out there with “fixed mindsets”.  These individuals believe that talent, intellect, and potential are fixed and pre-determined.  You either have it or you don’t.  It either comes easy to you and you understand because you are smart or you don’t get it and maybe never will.  When individuals with a fixed mindset run into something that is hard, they give up.  Growth mindset individuals react to challenge with excitement, seeing it as an opportunity to learn new things.

As a parent, husband, teacher, and administrator, I find the work that is being done on mindsets fascinating.  I see it as a lever to make significant changes in my life and the lives of those that I work with.  Over the break I finished reading a great book by Carol Dweck called Mindset.  I would highly recommend this book to any parent out there interested in unlocking your student’s potential through changing their mindset.  Here is one quote that I underlined:

“Parents think they can hand children permanent confidence – like a gift – by praising their brains and talent. It doesn’t work, and in fact has the opposite effect.  It makes children doubt themselves as soon as anything is hard or anything goes wrong.  If parents want to give their children a gift, the best thing they can do is to teach their children to love challenges, be intrigued by mistakes, enjoy effort, and keep on learning.  That way, their children don’t have to be slaves of praise.  They will have a lifelong way to build and repair their own confidence.” (Mindset, pg. 176)

I am excited about learning and I love helping staff, parents, and students learn and develop.  I love what I do and I want to thank you for helping us at home as you support your student’s learning.  Let me know if you would like to learn more about mindsets.  Heck, maybe I will even loan you my copy.

When this happens, it's usually because the owner only shared it with a small group of people, changed who can see it or it's been deleted.
View on Facebook
· Share